Sci-Fi fans in New York, take note: If you want a sneak peek at Syfy’s new series “Childhood’s End”, the network is hosting a free screening almost a month ahead of the official premiere.

Syfy (Corporate owner of Blastr -Ed.) has announced a “Childhood’s End” pilot screening at the AXA Event and Production Center in New York at 6:30 p.m. on Wednesday, Nov. 18. Tickets are first come, first served (and free!). Along with the screening of the first night’s episode, a Q&A will also be held with stars Mike Vogel and Daisy Betts and network programming head Bill Mcgoldrich. The show actually premieres Dec. 14. Basically, it’s a free night out to geek out over a new sci-fi show before anyone else. Count us in. 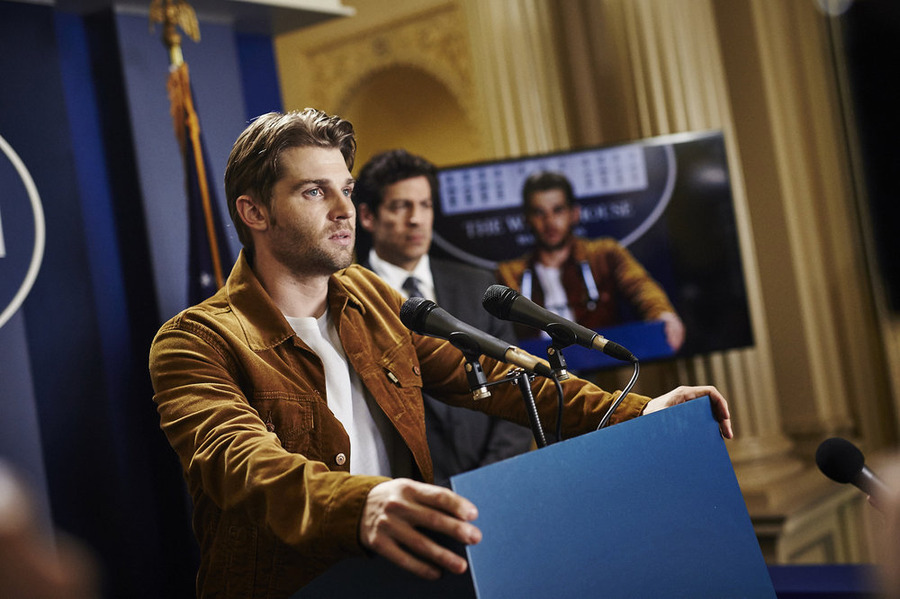 If you’re unfamiliar, here’s the show’s synopsis: Written by Arthur C. Clarke and hailed as a revolutionary work of science fiction since its publishing in 1953, “Childhood’s End” follows the peaceful alien invasion of Earth by the mysterious “Overlords,” whose arrival begins decades of apparent utopia under indirect alien rule, at the cost of human identity and culture.