Based on 44 Chapters About 4 Men by B.B. Easton, “Sex/Life” is told from the POV of Billie Connelly (Sarah Shahi), who, several years into her marriage with the reliable Cooper (Mike Vogel), begins craving her carefree days.

When Billie starts journaling and fantasizing about her passionate exploits with her ex-boyfriend Brad (Adam Demos), the man who broke her heart from which she never recovered, Cooper, discovers her entries and decides he needs to do something to save his marriage.

“I can’t speak for Sarah, but as I’ve thought about it, I think there’s also a part of all of us where we get so involved – man or woman — we fall into these relationships, and we don’t realize the parts of ourselves that we’re setting aside until we wake up one day and you get hit like a Mack truck”, Vogel tells Monsters & Critics. “You say, “Oh, my word. There’s all of these desires that I’ve had that I didn’t even realize“, and the question is, “How are we going to deal with it?“, are we going to go to work at that point, or are we going to walk away from history that we built?”.

Cooper decides to try to re-entice Billie by becoming more sexually adventurous, but there is more to it for him than just the act itself.

“He’s all into it, but to just think that it’s just about the sex… there’s so many other emotions happening”, Vogel says. “You have betrayal brought into the mix here. He feels betrayed. And also this moment of feeling, “If you had only told me at any point along the way, we could have started working in those places“. I think that’s part of what makes it great”. 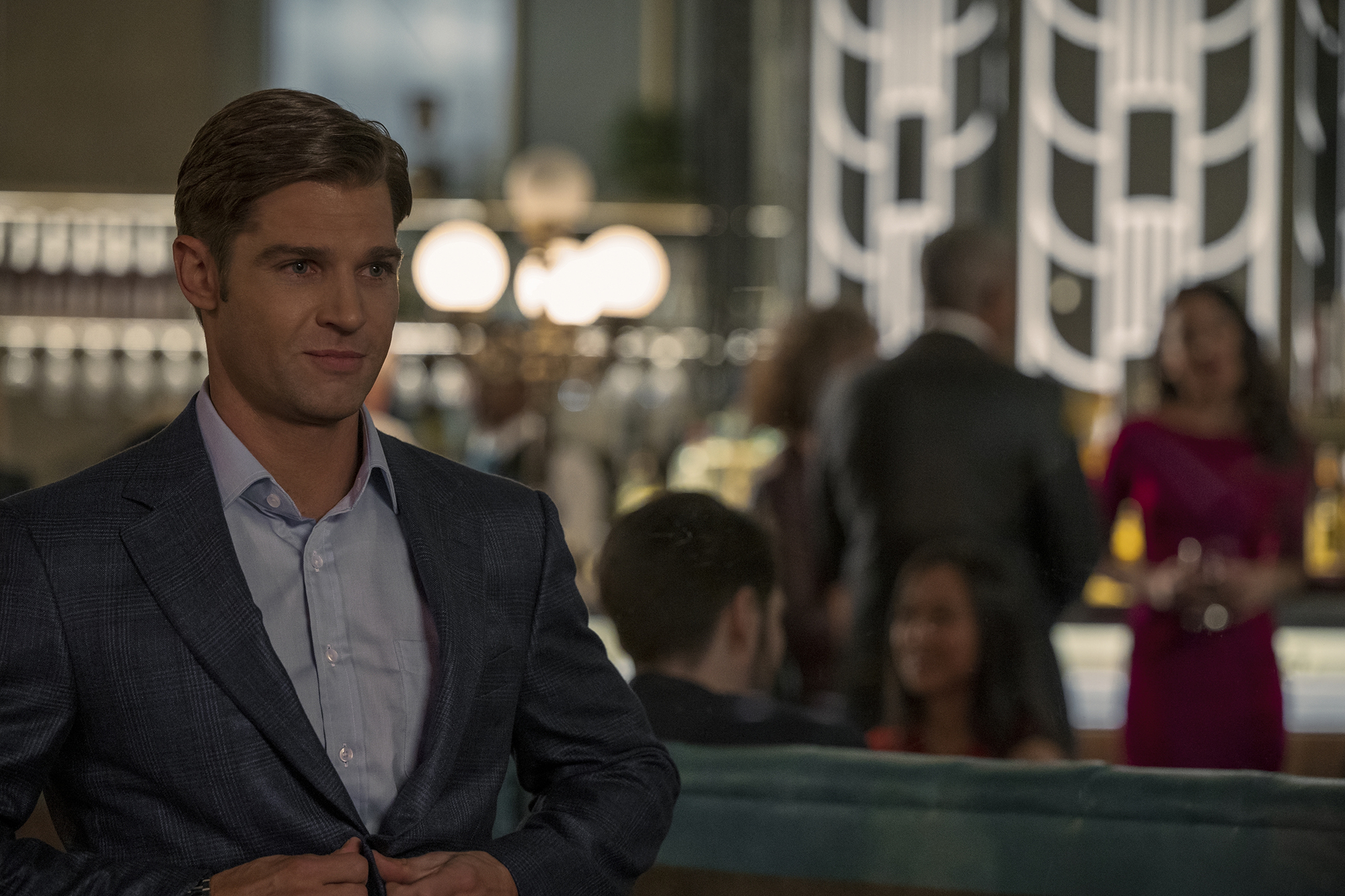 Vogel spoke more to Monsters & Critics about examining sex in a marriage, Cooper’s desire to save his marriage, and how he and Sarah got comfortable with the nudity.

M&C: This show has many facets to it. Is it more an examination of sex or is it a look at marriage?

Mike Vogel: I think it’s both. It’s hard to have one without the other. I think, and I’m hardly qualified to speak to this, but it is a look through the lens of the female gaze of our lead character Billie and what she is experiencing. She’s juggling all those balls of being a wife and a mother and having this great life and this great husband. She has a line in the show that comes later where I think it exemplifies the whole thing where she says, “My husband has 85 percent of everything I could ever want. It’s that 15 percent that I just can’t get past”. And if we’ve done our job right, 50 percent of the audience will be saying, “Fight for the 15 percent. Work on it, fight for it”, and the other 50 percent will be saying, “Lose the husband, go for the Aussie sex pot”, so it was fun.

M&C: She has two kids, so it’s not that simple.

Mike Vogel: I agree with you 100 percent. You know whose corner I’m in.

M&C: Tell me a little bit more about Cooper. He’s this All-American guy, very successful in business and with the ladies before he got married, but he seems to be much more conservative than Billie.

Mike Vogel: He’s built this life and his family and this home around the woman that he’s known, that she has let him see, and he’s a very kind, idealistic man. I think this is an example of so many relationships. We develop blind spots over time. When she leaves her journal open, and he comes across it, he realizes there’s this whole other side of his wife he had no idea existed. He’s caught now trying to play catch up. He says, “Okay, there’s this whole side of you I didn’t know about. Let’s work on that”. The question is, has he missed the boat at that point?

M&C: You and Sarah have a lot of very intimate scenes. Did you work with an intimacy coordinator? How did you guys get comfortable with all the nudity?

Mike Vogel: I don’t know that you ever get comfortable with it. Sarah and I have known each other for over 18 years now. And so, to finally get to work together, it’s been really special and fantastic. I’m so excited for the world to see her in this role. I can’t imagine someone else playing it. She did such an incredible job juggling all these balls. But, I think you have two professionals that believe passionately in the story being told, and you jump into it.

I think day two, we had our first intimate scene, and there was no dipping your toe in the water. It’s just a “Here we go”. By the end of the show, they’re throwing our clothes at us, saying, “Could you guys put your clothes back on?” We’re like, “Well, we’re just going to go again. So, what’s the point? It’s a bother”. “No, you don’t understand. You guys need to put your clothes back on”. So, there’s a little bit of getting more comfortable with it, but I don’t think you ever get comfortable with it.

M&C: This story unusually is told from the female point of view. What conversations did you have with creator Stacy Rukeyser about objectifying the male form in this?

Mike Vogel: It’s interesting. I can only speak for guys in this instance, but I think that we look at it different. I jokingly said to her, “Use me!” To have the tables turned for once… I’m a father of two daughters, and to have full voice given to the complications of female desire and passion and motherhood and being a wife and a spouse and all of those things, I’m honored to be a part of something that puts the focal point on those things in any role that I could play to sort of help service that. I was honored to play.

Mike Vogel: I’ll be showing my grandchildren, hopefully, they’re adults at that point, saying, “Hey, there was a time”.

M&C: What was the audition process like for this? Did you have to strip down for that or was it really more about character?

Mike Vogel: It was much more about character because, again, that’s the heart of that. Stacy had told me very early on because I said to her, “I don’t want to be a part of something that’s just gratuitous. This is full-on”. And she said, “I never want any one of these intimate scenes to not be driven by the story”. I can only speak to the parts that I was in, and as raw and as real and graphic as it can be, there was never a moment where I felt like I was involved in something that wasn’t being driven or formed by the story. You can get on-screen, and you can make out with someone, but what’s happening behind all that, and what’s happening in the in-between, that’s what’s really interesting about all this to me.