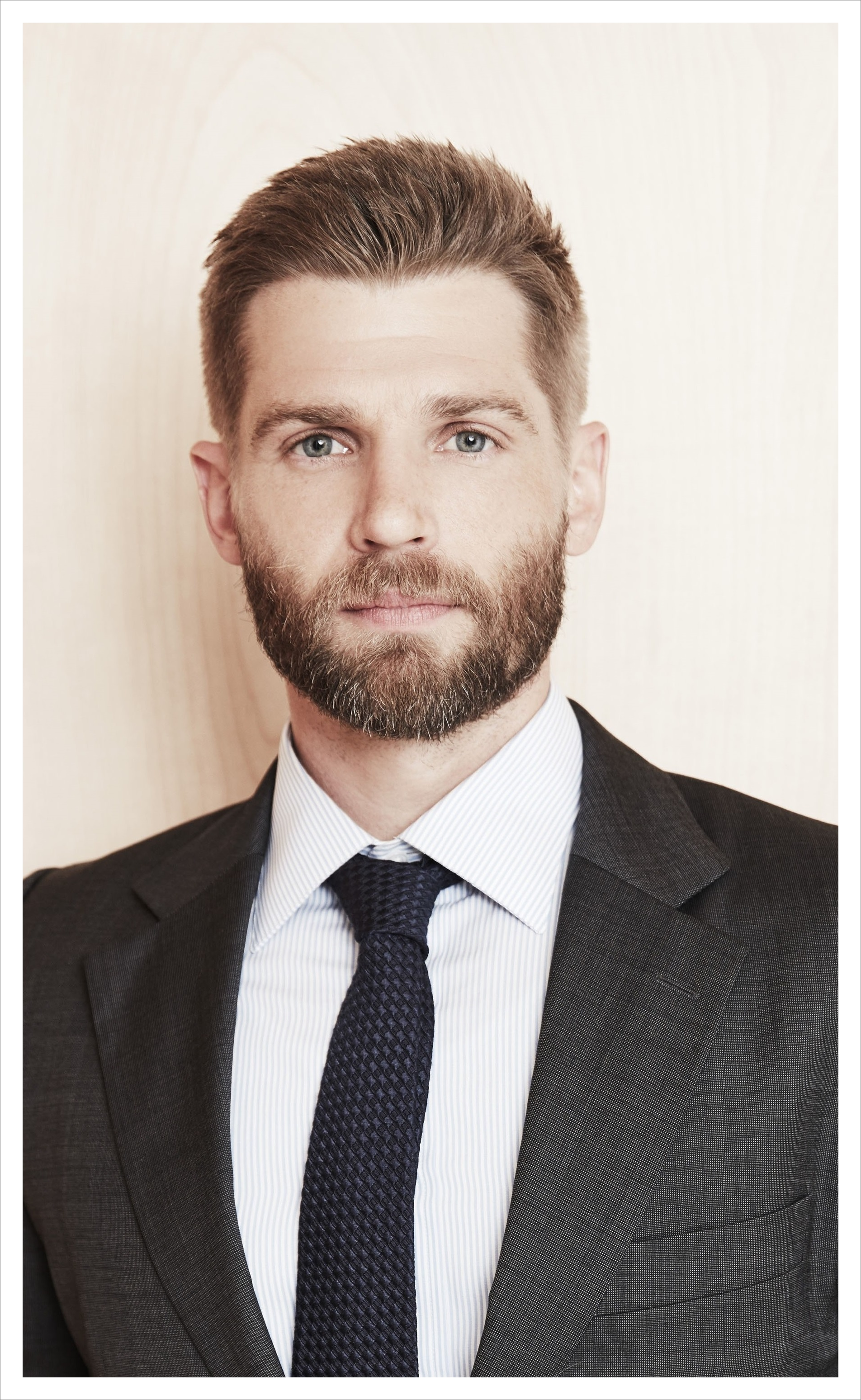 MICHAEL “MIKE” JAMES VOGEL (born 17 July 1979) is an American actor and former fashion model. Vogel began acting in 2001, and has since appeared in several notable films and series, including The Texas Chainsaw Massacre, The Sisterhood Of The Traveling Pants, Grind, Poseidon, Cloverfield, Bates Motel, Under The Dome and The Brave.

Mike can most recently be seen as Cooper Connelly in the Netflix Original Series Sex/Life and as John F. Kennedy in American Horror Story, season 10.

Vogel was born in Abington, Pennsylvania and raised in Warminster, Pennsylvania; both of his grandfathers fought in World War II, with one being a tank commander and fighting in the Battle of the Bulge, and the other being a Seabee in the Navy. Vogel has two younger siblings: a brother, Daniel Aaron, and a sister, Kristin. Vogel attended William Tennent High School, the same high school as Sprint spokesman Brian Baker and boxer Kermit Cintron, where Vogel was on the wrestling team. In 1998 he attended Cairn University based in Longhorne, Pennsylvania. During the early 2000’s, he frequently traveled to New York City in order to audition for acting roles and modeling slots. Vogel is married to Courtney, a former model, and has one pug (Olivia), two horses (Mr. Benjamin Buttons and Mr. Ghost), two hens and a couple of chickens. Mike and Courtney welcomed their first child, daughter Cassy Renee Vogel on February 20, 2007. She was born at 12:13 AM. and weighed in at 6lbs 9ozs.

Vogel first started out as a contestant on the Nickelodeon TV show GUTS, making his first TV appearance, and then he began modeling for Levi’s, and was subsequently cast in the television series Grounded For Life, appearing in a recurring role between 2001 and 2004. His first film role was in the skateboarding-themed Grind, which was released on August 15, 2003. The film’s co-stars included Adam Brody and Jennifer Morrison. Vogel’s next role was in the made-for-television remake of Wuthering Heights, which premiered on MTV a month after Grind’s release, in September of 2003. In the film, Vogel played Heath opposite Erika Christensen’s Cate. Vogel’s last 2003 role was in the remake of The Texas Chainsaw Massacre, which was released in October to high box office.

In 2005, after Grounded For Life was canceled, Vogel appeared in four film roles. First, he played Eric Richman, the romantic interest of Blake Lively’s character in The Sisterhood Of The Traveling Pants, which had a June release. His next role was the lead in the low-budget film, Supercross, which was theatrically released in August. Vogel filmed his role in Havoc – A dark, R-rated drama also starring Anne Hathaway, in 2003, but the film was not released until November of 2005, when it bypassed theaters and was released directly-to-video. Vogel’s final 2005 role was in Rumor Has It, starring Jennifer Aniston, in which he had a supporting role as the son of Kevin Costner’s character. 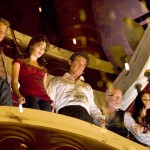 Vogel’s first 2006 role is in Poseidon, a disaster film and remake of the 1972 film The Poseidon Adventure; he plays the fiancé of Emmy Rossum’s character. The film, which has a budget of $160m, opened on May 12. Vogel was originally offered the role of Angel in X-Men: The Last Stand, but backed out to appear in Poseidon.

The same year, he appeared in Caffeine, a romantic comedy and signed to appear in a horror movie called Open Graves, shot in Spain. In 2007, Vogel appeared in the film The Deaths Of Ian Stone, part of the Horror Film Festival 8 Films to Die For. Vogel was rumored to be in the running for the role of James T. Kirk in the upcoming Star Trek, but the role was being filled by Chris Pine. In 2008 Mike appeared in J.J Abrams’ disaster movie, Cloverfield.

In 2009, Vogel starred in the neo-noir film Across The Hall and the horror film Open Graves, which had its TV Premiere on September 19th. Mike and Courtney welcomed their second child, daughter Charlee B Vogel on June 2, 2009.

In 2010, he was a part of romantic comedy film She’s Out Of My League, he also appeared in Blue Valentine, and as one of the starring roles in the CBS TV series Miami Medical. To end the projects of 2010, he starred in the feature film, Heaven’s Rain which is based on a true story of the lifelong quest of Brooks Douglass to bring his parents’ killers and his sister’s rapists to justice. In 2011, he was a part of the comedy film What’s Your Number?, He also played Johnny Foote in the film adaption The Help, and Captain Dean Lowrey, on the short-lived ABC drama Pan Am (based on the defunct airline of the same name).

In 2013, Mike participated in Howard Goldberg’s comedy Jake Squared where he played against among others, Elias Koteas, Virginia Madsen and Jane Seymour. The same year he appeared in McCanick, and the first 8 episodes of Bates Motel (A&E’s contemporary prequel series to the 1959 novel Psycho). 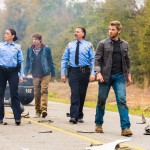 In 2013 he also got the role as Dale “Barbie” Barbara on the CBS science fiction drama series Under The Dome, based on the novel of the same name by Stephen King. The series was renewed for a second season which aired in 2014, and the third and final season aired in Summer 2015. Mike and Courtney welcomed their third child, a son, Gabriel James Vogel on September 17, 2013.

In 2014 Mike starred in The Hallmark Hall Of Fame’s romantic TV Movie In My Dreams, where he played against Katharine McPhee and JoBeth Williams, to name a few. The movie premiered April 20 on ABC. The same year he played a supporting role in the drama thriller The Boy, which tells the story of a 9 year old Sociopath, played by Jared Breeze.

In the late 2014, Mike and Ryan Smith (the writer and director of After) worked together on a short Sci-Fi project, called Reverse. Unfortunately they had to cancel it since they didn’t reach enough pledges on their Kickstarter and Indiegogo pages, and during the same period of time Mike was offered another job (Childhood’s End), so they decided to make it a Micro Short and rename it Two. On July 1, 2016 they released their new Short, a 2-Part Short, called Lost And Found, on Amazon Instant Video.

The Boy premiered in March, 2015, at the Southwest Film Festival in Texas. Film screening at selected theaters took off with start from August 14 in the States and the film became available on VOD on August 18, Nationwide. Childhood’s End premiered on December 14 on the Syfy Channel as a three night event (14, 15, 16).

In April 2016 it was confirmed that Mike were going to star in the coming-of-age Indie film called Wild Man, alongside Ted Welch, Christine Woods, Kate Upton and George Dalton. The movie premiered at the Cinequest Film & VR Festival on March 3, 2017 and was released for its theatrical premiere in Nashville, TN on May 23, 2018. 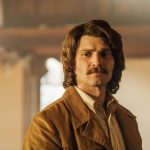 In the late 2016, Mike landed the lead role of the Atheist-turned-Christian, Lee Strobel, in The Case For Christ. The movie is based on the best-selling Book and True Story by Lee Strobel, and was released into theaters in the Spring of 2017.

In 2017, Mike signed on for a role in the new NBC Military Drama Series called The Brave (formerly known as For God And Country), which premiered on NBC in September 25 the same year. The show was unfortunately canceled by NBC after only one season. In 2018 the movie Heaven’s Rain was re-released into theaters and renamed The Amendment.
In 2019 he starred as Russell Williams opposite Brenda Song and Dennis Haysbert in the Netflix Original Drama Thriller, Secret Obsession. The movie released worldwide on July 18. In February 2019, Vogel played the lead role of David Roman in the ABC science-fiction pilot Triangle, written by Jon Feldman and Sonny Postiglione. ABC passed on the project in September 2019.

In 2020 Mike had a supporting role of Lieutenant Sullivan in Blumhouse’s Fantasy Island, which opened february 14 in theaters.

In 2021 he starred in the Netflix Original Drama Series, Sex/Life as Cooper Connelly opposite Sarah Shahi, Adam Demos and Margaret Odette, which has been confirmed with a season 2, with hopefully a release in 2022. Added to his actor credits in 2021 he had a recurring role in the 10th season of American Horror Story: Double Feature as John F. Kennedy. He also starred in the Thriller-movie Collection opposite Alex Pettyfer and Jacques Colimon, which released for theaters and VOD on September 17, 2021.