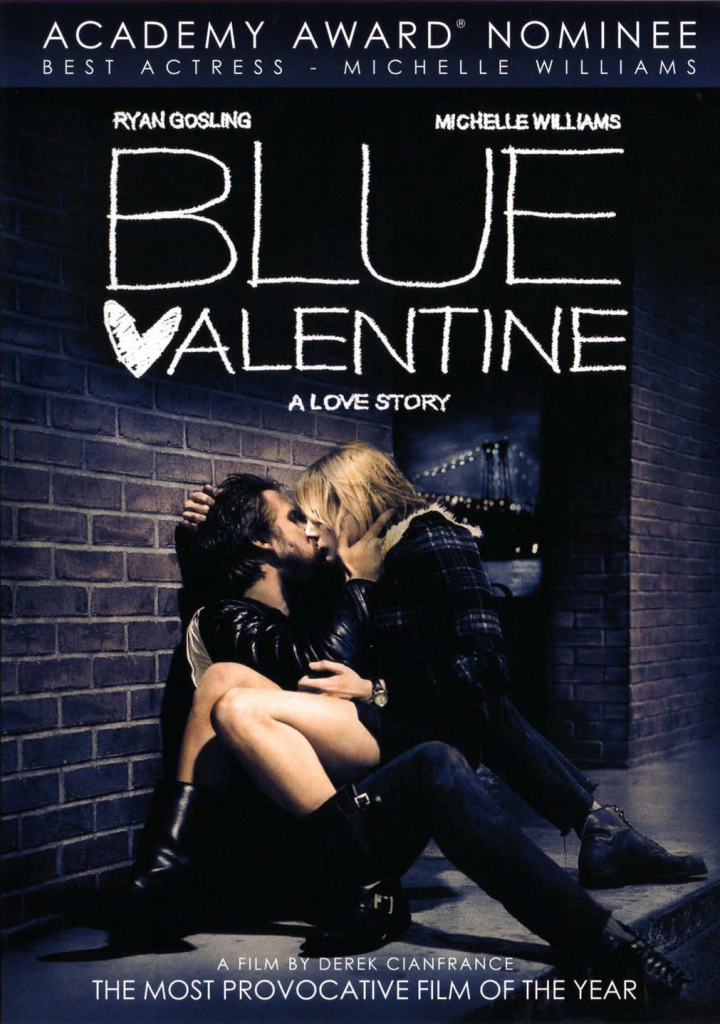 PLOT
A relationship is charted from its promising beginning to its sad collapse in this independent drama from Derek Cianfrance. Dean meets Cindy when they’re in their late teens — he’s working for a moving company, she’s a college student visiting her elderly grandmother at a home for the elderly. Cindy is dating Bobby, her boyfriend from high school, but as she gets to know Dean better, a mutual attraction grows between them.

Years later, Dean and Cindy are married and have a daughter, Frankie, but they’re clearly not as happy as they once were. Dean loves his daughter but feels distant from his wife, they have to look after an elderly relative, and when Cindy bumps into Bobby while running errands, it’s clear he still holds a grudge against her.