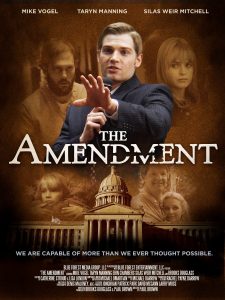 PLOT
Following missionary work on the Amazon River in Brazil, Dr. Richard Douglass moved his family to the Oklahoma City area, becoming a well-respected Baptist minister to the large congregation of First Baptist Church of Putnam City. His wife Marilyn was an accomplished singer and loving mother. The couple had two children, Brooks and Leslie. On October 15, 1979, two drifters, Glen Ake and Steven Hatch entered their home, tied the parents and Brooks, took 12 year-old Leslie into the bedroom where both men raped her. After tying up Leslie, they shot all four family members killing the parents and leaving the two siblings for dead.

The movie is a story of forgiveness as primarily viewed from the perspective of Brooks. Both Brooks and Leslie have endured through the horror of the crime, then dealing through the emotional consequences to eventually excel in their respective careers; Brooks as a state legislator, businessman, producer and actor. Leslie as a professional educator.