Mike Vogel fought aliens in the television series “Under The Dome”, comforted his lonely wife in “The Help”, and tangled with Norman Bates in “Bates Motel”. His latest challenge? Time-traveling back to the early 80s and stepping into the shoes of noted journalist-turned-apologist Lee Strobel in the big-screen adaptation of “The Case for Christ”. 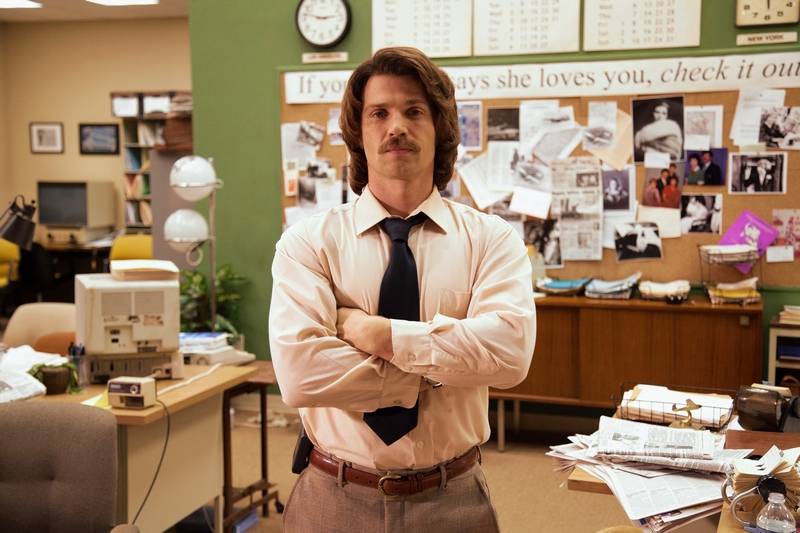 Releasing April 7 from Pure Flix Entertainment, the film centers on Lee’s personal crusade against Christianity after his wife, Leslie (Erika Christensen), converts, putting their otherwise-happy atheist home in disarray. Vogel, a believer who counts Strobel among his greatest spiritual influences, capably captures a man torn between his love for his wife and his mind trying to make sense of it all. During a set visit, Vogel spoke to Reel Faith’s DeWayne Hamby about making the transition and how he was offered the role.

Earlier, someone was talking about how it was a random encounter at a church how someone came to you that got you connected with this film in North Carolina?

Mike: I guess when we were doing Under The Dome, apparently I ran into Karl (Hortsman’s) daughter there one day. We were going to a church up in Wilmington called PC3 and we miss it. It was great. Atlanta natives, they all came from Northpoint and started the church in Wilmington while we were doing Under The Dome. Almost the whole cast was going and it was really neat. I ran into Karl’s daughter, she goes to school up there. 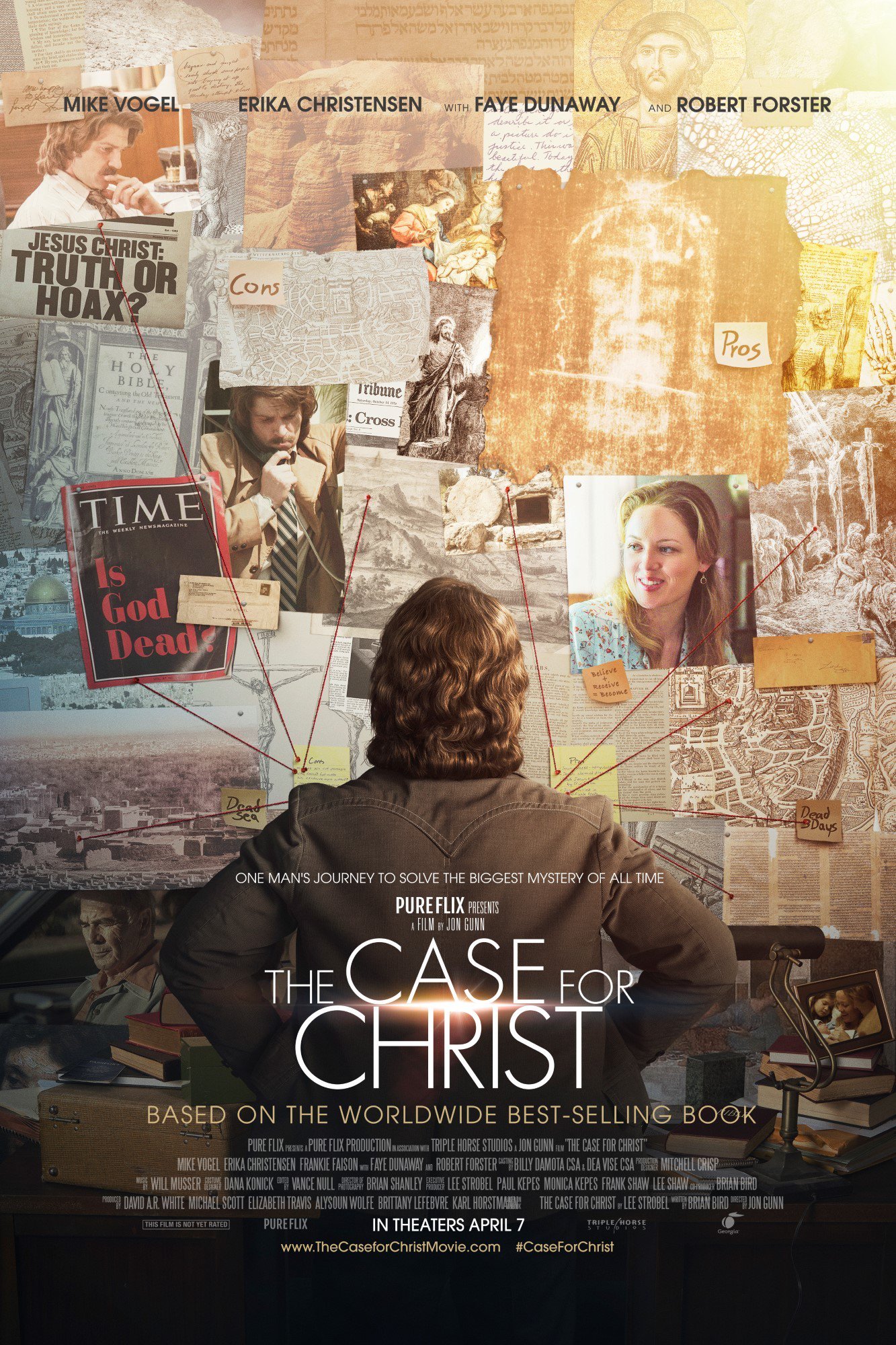 Since you met Lee, what do you see in him that you were able to bring to this character?

Mike: The toughest thing has been the accent. That’s going to be an imperfect science. Literally from the time I got the film to the time I started shooting was four days. Fortunately, the cool thing for me is Lee has been one of those guys, when you think of the guys of the pillars of the faith that you want to meet, he’s one of them. I think just getting the opportunity to take on his story, to have his blessing and his guidance in it. It’s a very tough thing when you do a film about your life to open that up and trust someone with it. But I said to him, I don’t want to make this a squeaky clean thing, because it wasn’t squeaky clean. It never is squeaky clean. It’s a tough thing to be confronted with your demons sometimes when you see them come to life again, but the payoff in the end is more than worth it.

How does it feel to be in this faith-based film?

Mike: Being in the industry for as long as I’ve been, there is a stigma about faith-based film. And I don’t think it should exist. I don’t think it has any right to exist. We serve the ultimate Artist, the ultimate Creator. I think if people don’t want to go see a film because of a message, I totally get that. That’s one thing. But what they should never be able to do is say it’s sub-par quality. I think that’s been my prayer heading into this, ‘God, what do you want this to be?’ Every scene that we do, there are no small scenes, there are no easy scenes. What You want on that screen, that’s what we want to be. Hopefully we’re doing that. Jon Gunn, the director, is just good and he’s got a great vision for this thing and it’s a tall order, because it’s a period piece. To stay true to that has been challenging at times. But I think we’re doing it. 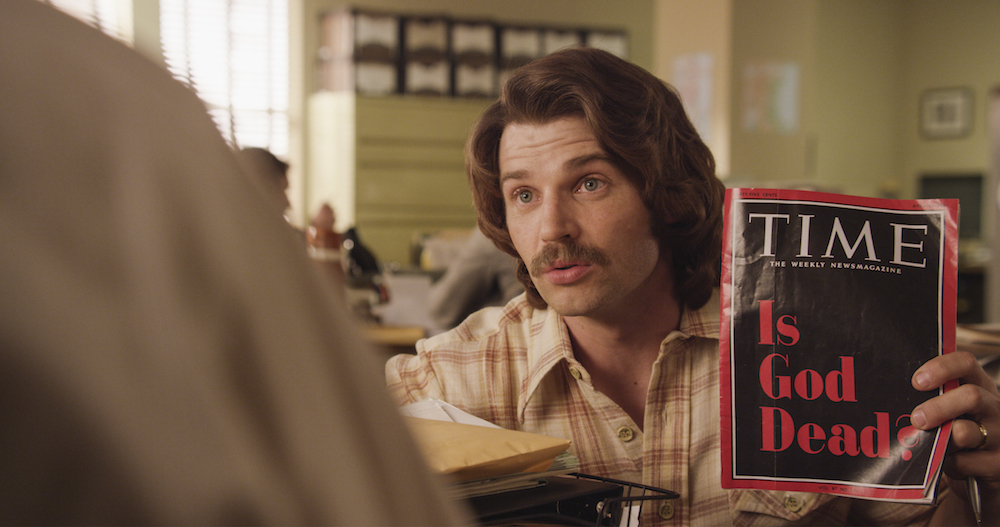 I noticed in the clips today that you said you read The Case for Christ as a teenager. To me, that’s a unique angle, even beyond the chance meeting at a church. Could you talk about your journey and how that book impacted you and how, being a believer and doing the craft, how it has impacted you?

Mike: The book has been a huge influence of my life and many other friends’ lives as well. It’s one of the first resources, there are several resources I point people to when they’re searching, when they’re asking questions. Tim Keller’s another one and John Eldredge, Ravi Zacharias. I read this book when I was in Bible college, when I had the biggest shakeup of my faith surprisingly. I wasn’t expecting it. At a time when I was questioning most things, as a big history buff, to see historical evidence like that laid out, it helped to solidify my faith at a time when it was on shaky ground. As I said, it’s been a resource to point others to. It’s helped in many a time of questioning myself that I can go back to it from a factual basis. To see it laid out the way that Lee saw it laid out, it’s been a huge thing in my life.