KIRTLAND AIR FORCE BASE, New Mexico
Several cast members of “The Brave” joined Airmen at the Mountain View Club during their tour of Kirtland Air Force Base to watch the show’s Pilot episode September 8.

“The Brave” is a television series that tells the story of a military unit that focuses on gathering intelligence and espionage, with each episode taking place in a different country.

“One huge thing that we focus on is breaking stereotypes”, said Natacha Karam, an actress on the show. “We give an insight to cultures and countries that isn’t always negative. The viewers get to learn about different cultures and local heroes”. 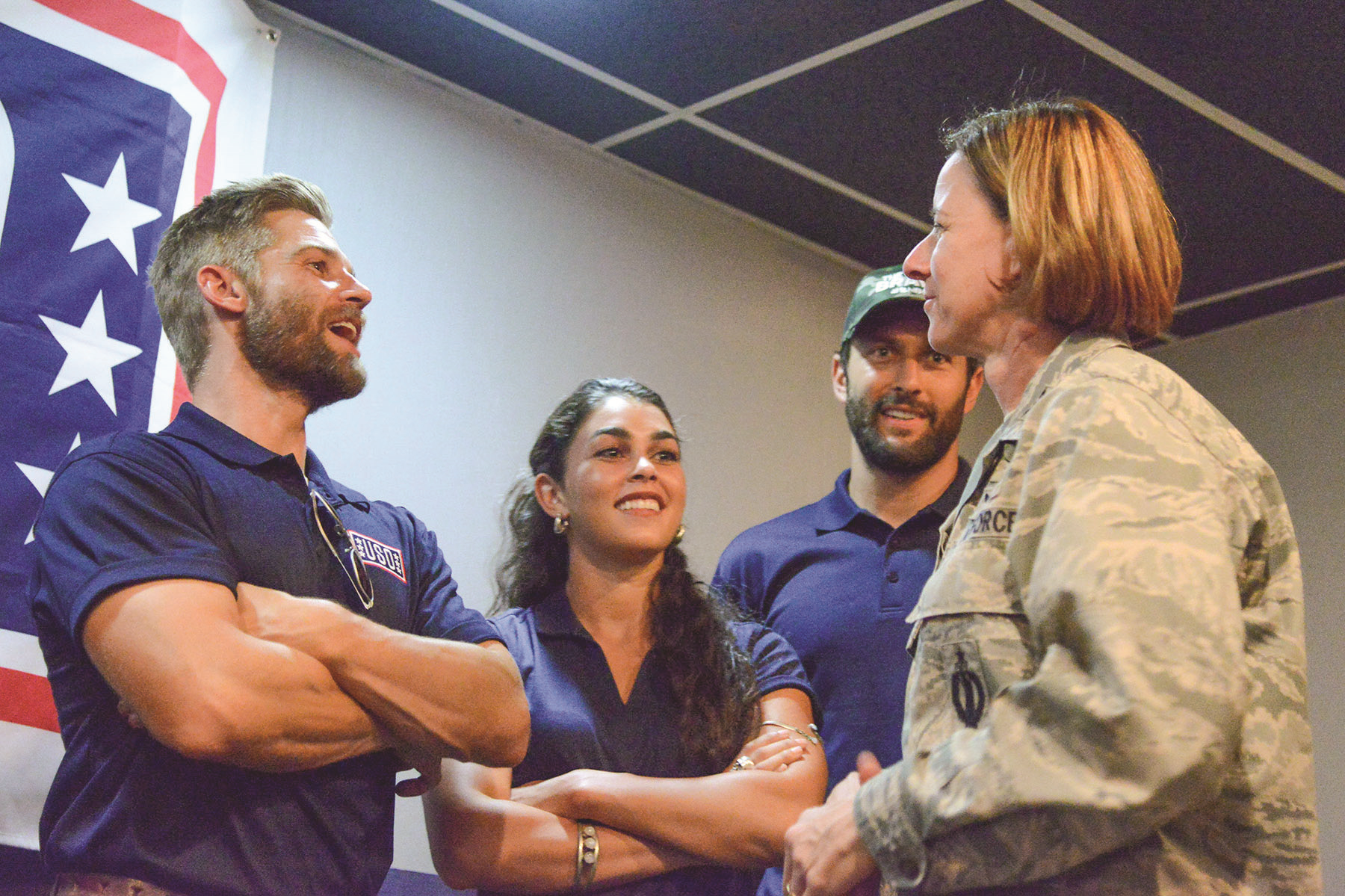 To prepare for filming, cast members had to go through two training camps, which consisted of live-fire exercises and small-unit tactics.

“We’re just trying to stay fit and also be attentive and passionate about learning the tactics that make these units cohesive”, said Mike Vogel, an actor on the show.

Through difficult training and several months of filming, the cast members have gained a greater understanding and appreciation of the mission.

“The mission is about thinking quickly on your feet”, Vogel said. “You have to react, adapt and think your way out of whatever situation you find yourself in”.

While the show’s storyline is fiction, the cast has come to understand that the hardships they encountered in the show are very real for some people.

“When I get a script, I think it’s just movie magic and that they just made this super dramatic”, Karam said. “Then you meet service members who have lived through exactly what’s in the script and you realize that it isn’t like that at all”.

The actors agreed that getting to know some of the Airmen and their stories was the best part of the tour.

“We’ve only seen a very small portion of Kirtland, but I’m like a kid in a candy store”, Vogel said. “Any opportunity we have to interface with this community, that’s why we do what we’re doing, to hopefully not give Hollywood’s version of what the military does”.