Yes, it’s another military series, but “The Brave” creator Dean Georgaris argues that “[we’re] first and foremost a workplace drama and an undercover-mission show”.

While the pilot finds Dalton’s squad tracking a terrorist in the Middle East, it doesn’t stay there. The unit will rake in frequent flier miles as they handle a hostage crisis in Nigeria, rescue a burned C.I.A. agent in Ukraine, and surveil drug dealers in Mexico.

“The advantage of the fact that these teams in real life do this incredibly wide-range of missions makes it much easier to go around the world, and they operate all around the world”, says Georgaris.

Below, Georgaris talks how he came up with the idea for “The Brave”, what viewers can expect from the series, and how he hopes it stands out from the other series airing this fall about the men and women in uniform.

How did you come up with the idea for this show?

Dean Georgaris: It’s funny, I don’t have a military background or anything like that, but I was always interested in special forces, not so much for the sexier things I’d seen them do before, like the super shooting and stuff like that. I was actually more interested in the humanity of how these people are able to accomplish what they can accomplish: their resiliency, their ingenuity, their intelligence. They perform these really incredible feats under intense pressure. I had this fascination with them since I was a kid and I would watch documentaries about them.

Then, I made movies for 20-something years, had a lot of friends who have gone into TV, and they all loved it. When it came time to think of what kind of show I would want to create, a friend of mine said to me, “When you create a TV show, make sure you create something you can potentially want to write for the next 10 years of your life”. The first thing that came to mind was, “Okay, I’d love to do a show about a team of undercover covert operatives”. Not Delta Force, not Navy SEALs, not something where the mission profile was so limited, but something where you had people going in, in regular clothing and people doing all kinds of missions, from sabotage to rescue, to getting drones out of Mongolia, to putting bugs on drug dealers in Mexico. I wanted to do something with a wider palette, and I wanted to do something that, again, sort of tried to get what actually makes these people right [for the job]. My favorite show growing up was “E.R.” and another favorite show of mine was Southland. Long story short: I decided I kind of wanted to do the “E.R.” of special forces shows.

I realized I was leaving out a really key piece, which is their relationship with these intelligence analysts back in Washington. That’s when I got really excited about it because I was thinking, “Now I have these two teams that are sometimes half around the world from each other, but depending on one another”. That’s kind of how it all came together. 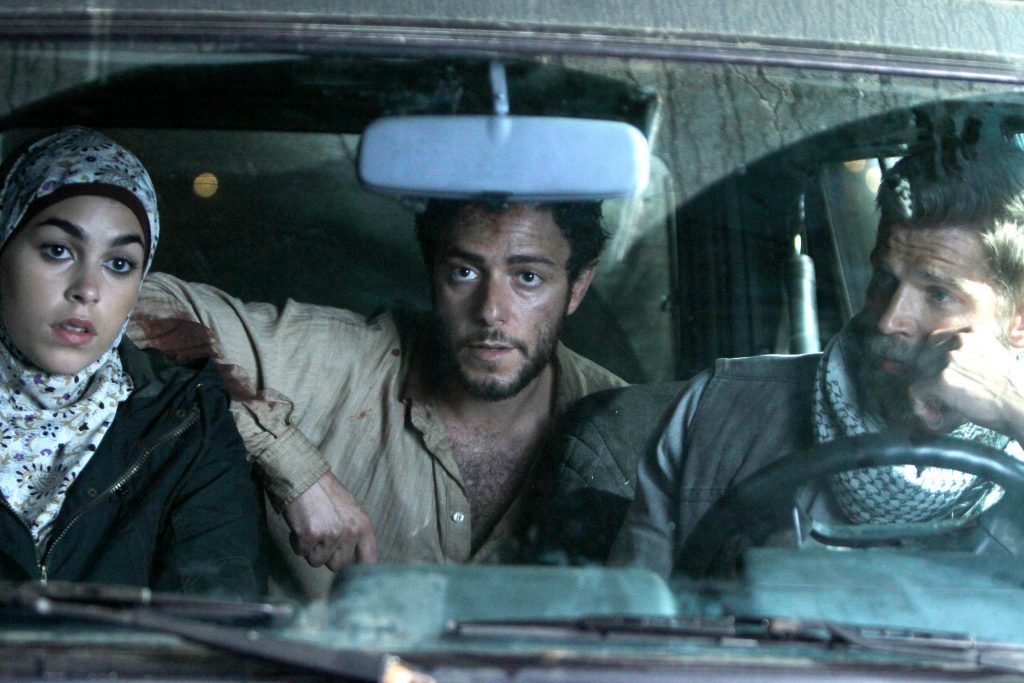 What goes into making the “E.R. of special forces shows”?

Dean Georgaris: Once I had that, I had this list of what I call my secret sauce for the show. One of the first pieces was, I want the audience to be the sixth man on the team and the fourth analyst in D.C. So I knew we weren’t going to go home with our team. No disrespect to the shows in the past like The Unit that did do that, but in talking to the real men and women who do this job, what you find is that there’s so much drama on the mission. So many character dilemmas come up on missions that it just felt to me that I didn’t want to have to leave that. I want to make it an immersive experience for the audience. So the team’s deployed and you’re there with them and you go through everything they go through.

Another ingredient in the secret sauce: [When] you talk to all these men and women, first you say, “Tell me all the things people got wrong”, so you don’t make the same mistakes. But you also say, “Tell me what you think is most important about the job”. Over and over, I’d hear [that] they have a saying, “No plan survives first contact”. The things that go wrong aren’t these dramatic reversals like, “A-ha, I’m really your brother” or “I’m a spy in disguise!” It’s things like, you’re successfully escaping Syria in a car that you’ve stolen and the gas gauge says full but the gas gauge is broken and you run out of gas and you’re stuck in the middle of Damascus. So the other ingredient of the secret sauce was, let’s go through these missions and have our characters deal with both really difficult character dilemmas but also these Murphy’s Law things that go wrong. That’s actually the stuff that really fascinates me because there’s no rhyme or reason to it, and the fact that in real life these men and women are able to just deal with, just pivot on a dime under pressure, I find that so inspirational. The goal is to sort of show how they’re not superheroes, they’re just sort of enhanced versions of us.

Why did having the team back in D.C. make you particularly excited about the show?

Dean Georgaris: Part of it is because it’s such a team effort. The myth is that we send these men and women off, they work in a vacuum, and it’s just about America. The reality is their life is very much dependent on people back in Washington who are acting on information. The other thing about having the analysts back in D.C. is that you get other kinds of storytelling: You get mystery solving, you get problem-solving, you get characters other than our team who are on screen caring about our team, which helps our audience. But it also gets to this other piece, which is we don’t just go and operate in a vacuum. We actually work with local forces, like when we go into another country, we often are either invited in or we’re cooperating with people on the ground. When I discovered the intelligence analyst part, suddenly it all clicked into place. “Oh yes, I get it”. I don’t want to say it takes a village, but it is a global effort as opposed to it feeling kind of like jingoistic.

That’s obviously a concern with a show like this. How do you avoid making it feel jingoistic?

Dean Geogaris: Obviously, we’re always mindful of it. I will say that the good news is, again, the reality of what these men and women do is it’s mission-based. It’s actually not jingoistic. That label and that kind of banter is actually applied afterward in America about the men and women who do these jobs. The truth is, they’re not that way at all. So part of it is that we just have to stay true to who they are. You don’t do this job and you don’t know the world the way Patricia does and you haven’t been around the world the way Dalton has and not get that the fight for good or evil does not respect national borders. You get it that there are good people everywhere. We stay focused on the mission, we stay focused on the team, and really, we stay focused on the human side of it, and that makes it fairly easy to avoid being jingoistic, because, like I said, it’s just not apart of who they are.

When you were casting the role of Patricia, what made Anne the perfect woman for that role?

Dean Georgaris: I’d been a fan of Anne’s since I saw her back in “Donnie Brasco”. She broke me hard in that film and I’ve loved her ever since. When I was looking for an actress to play Patricia, it’s actually an incredibly challenging role because, on the one hand, this is a woman who knows more about the dangers of this world than anyone else. At the same time, she gets up, dusts herself off and goes to work every day, and Anne has this incredible range. She has this ability to project strength and emotion. In other words, she can become emotional — she can even become vulnerable — without ever looking weak, and to me, it’s absolutely critical that Patricia remains strong, because the people who do this have to stay strong. But, if you’re not careful, that character becomes a robot.

How do you hope the show stands out from other similar series this fall?

Dean Georgaris: I hope the show stands out from the pack by being first and foremost a workplace drama and an undercover mission show, as opposed to a military show. I hope it stands out by bringing the audience along and sticking them right in the middle of things, by being immersive as opposed to being more voyeuristic. Frankly, I hope our focus on trying to get it right, and what I mean by that is really focusing on their resiliency, their humanity, their problem-solving — so not skipping the small steps. Let’s do all the small steps.

It’s a funny thing to say: This is just the show we wanted to make. My hope is that a rising tide lifts all boats. I remember when “E.R.” premiered, so did “Chicago Hope”. They both found their audiences. All I can go on is trailers I’ve seen, but we’re decidedly very different than the other two shows I’ve seen that are being released this particular year. What I think is funny is that people talk about military dramas, but they forget that “NCIS” is technically a military drama. Our approach is just really different, and I think our look is different. There’s plenty of room. It’s interesting. It’s almost too bad that that label is being thrown around because it’s so reductive. “Oh, it’s a military show.” Hopefully people will see pretty quickly that’s not really what we are.