Our gallery has been updated with pictures from Mike attending the Monster Energy NASCAR Cup Series Hollywood Casino 400 yesterday. As some of you already may know, Mike was named as the honorary starter and got to wave the green flag before the Kansas Speedway race. 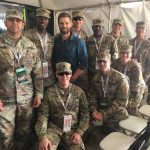 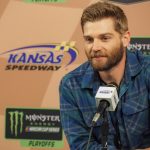 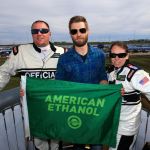