This is one of the many lessons learned by the cast of NBC’s “The Brave” on Wednesday at Albuquerque’s Jackson Wink MMA Academy. Five actors trained there with Brazilian jiujitsu instructor Joshua Amaro, a black belt with 21 years experience in the fighting style who was brought in from San Diego to work with the cast.

Since production of the popular television series moved from Morocco to Albuquerque in late summer, the cast has been under a rigorous training schedule. This is in part to make every aspect of the combat scenes look real.

“This is the first time we’ve trained with Josh”, cast member Hadi Tabbal said. “He was flown here to specifically give a larger class on martial arts”. And with the constant training led by Mikal Vega, the show’s military technical adviser, the cast members appear to have grown a lot more comfortable about their roles as warriors. 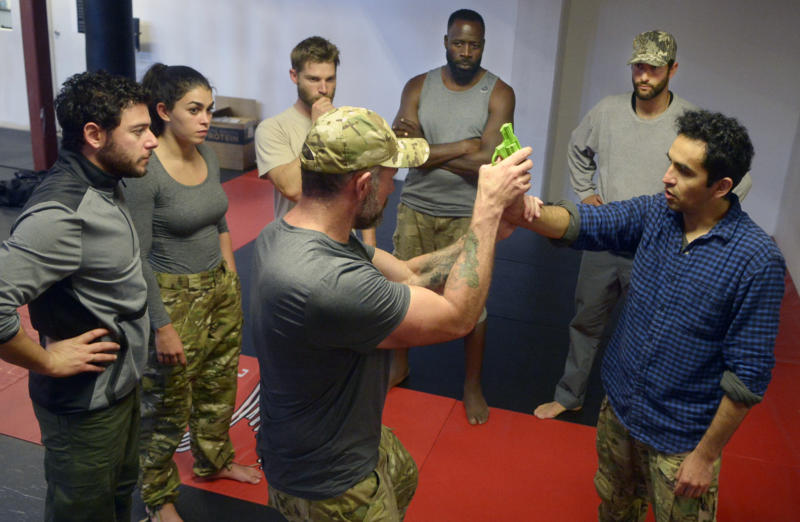 “The Brave” looks into the world of a group of elite American undercover military heroes. It follows a special ops squad led by Capt. Adam Dalton, played by Mike Vogel. Joining Vogel on the team is Demetrius Grosse, Natacha Karam, Noah Mills and Tabbal.

On the show, the team works hand in hand with Defense Intelligence Agency analysts, led by Deputy Director Patricia Campbell, played by Anne Heche. During a break in Wednesday’s training, Tabbal took some time to explain the process.

“I knew there would be some training”, he says with a laugh. “Not the whole gamut. We’ve done MMA, cardio, strength training, jiujitsu”.

“We used to work out every day together. Now that we are shooting more, we work out by ourselves. On our days off, we schedule hikes or training like this. It’s way more than I ever expected”.

Vega says his goal since signing on to work with “The Brave” has been to make the series look authentic. Vega served more than 21 years in the U.S. military and was a SEAL platoon leading chief petty officer, as well as U.S. Navy SEAL demolitions instructor. Training for “The Brave” started in late summer with the five actors putting on weighted vests and running up La Luz Trail in the Sandia Mountains. 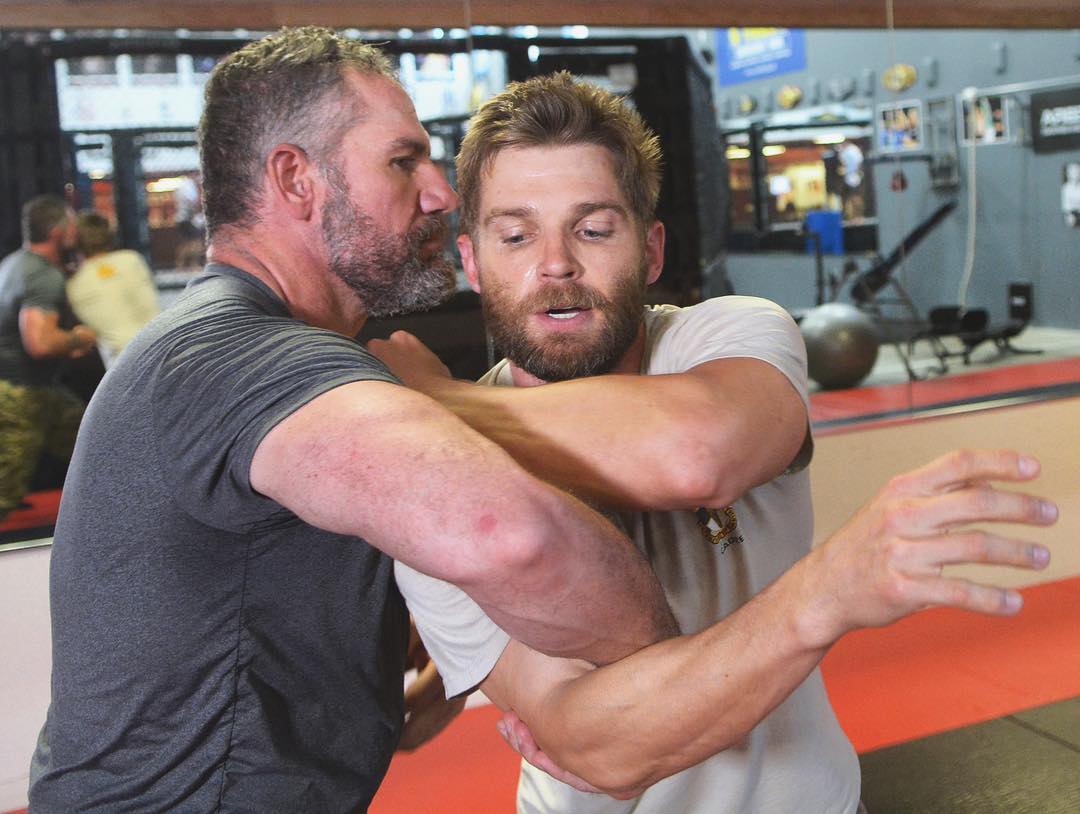 During the past three months, the five members – under Vega’s tutelage – have also trained with guns on weapons techniques. “We were at the gun range shooting rifles and live rounds”, Tabbal said. Vega said, “Wait until you see the difference from the pilot until the end of the season”. Tabbal said the dedication shown by each cast member has only grown as the season has progressed.

“This training is foreign to me. Some of us have more training than others”, Tabbal said. “It’s very important to get it right, because sometimes there are stunts written in where we have to attack and take someone down and take his gun from the holster and shoot him while someone is coming at us”.

“Of course, we have a stunt team, but we choose to do our own stunts to get it right. It becomes very important to get the technique down to sell the sequence”.

“The men and women have to rely on each other”, Vega said. “It’s important to build that trust from the beginning. That’s what I’ve tried to do”.

“It shows because we are all having fun with the entire process”.