Sure, “The Brave”s Sgt. Jasmine “Jaz” Khan is a badass who literally killed a terrorist mastermind with her bare hands in the NBC series’ fall finale. But the sniper’s considerable skill is little comfort to her team — especially its leader — in tonight’s episode (NBC, 10/9c), now that she’s in the clutches of the dead criminal’s violent thugs.

To get a situation report (and, honestly, to feel out whether the whole lowkey Jaz/Dalton attraction is something that is actually happening, versus something we just want to happen), we chatted with series star Mike Vogel, who plays the beleaguered Capt. Adam Dalton. Read on for his thoughts on Jaz’s chances, Dalton’s concerns and the way a potential romance between the two could get “murky” real fast.

What happens to Jaz seems to hit Dalton super hard, and this is a guy who has definitely lost people in the field, who has had a military career where bad things have happened. Talk to me a little about why, in your view, her capture was different for him.

MIKE: I think for him… he would’ve been messed up if it were any one, any one of his guys but there is a…there is that chivalrous thing, I think. And [his] being the leader of this group. Also, leading up to this, you have the previous episode that we left off on before the break, where after reprimanding her for making a bad judgement call, he puts her in quite possibly the riskiest situation that there is.

And that’s what this unit does. Man, woman alike, they put it all on the line and they get a rush from the adrenaline and the danger of what they’re doing. But I think Dalton has that added weight of being the one who has to make the judgement call. 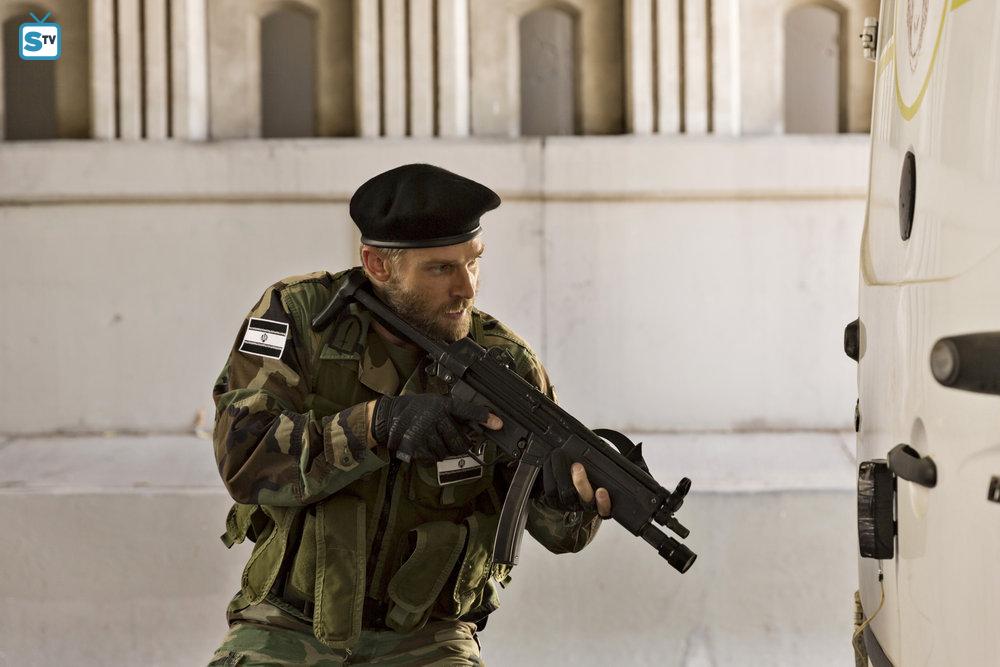 Do you think he’s aware of the way that he’s acting in response to her being in peril, and how that might be different from what he’d do in other situations, or do you think he’s just kind of going with his gut the entire time?

MIKE: Well, I think he’s a guy that lives by his gut and dies by his gut. In that realm of things, you have to trust that above all else. Are people going to want there to be, “Well, he’s going after Jaz because she’s his long-lost love —”

Hell yeah, there are people who are going to want that!

MIKE: [Laughs] Here’s the thing. This is what we have to tease, but we also have to be very careful of: If there were feelings for Jaz, it’s a very murky circumstance, because it’s against protocol. And this is the whole reason of why people get into debates of men and women in mixed units, and so Dalton and Jaz — if there are those feelings, they can certainly play it safe. It’s really tricky if they ever act on them.

He’s her commander, as well, so that complicates things further, right?

MIKE: There’s that layer as well. That’s what I’m saying. Could it be bad, as well? It absolutely could be. If he is letting that be the motivator as to why he’s going after Jaz and to why he’s risking it all to go get her — [though] I think he would do it for any of the people under his command — but certainly there is an added immediacy. I think it’s also this: She has just been captured by a terrorist organization that doesn’t necessarily treat women with the utmost respect.

MIKE: There are so many different levels. Again, it’s that whole thing where chivalry comes in a lot. You know, [Dalton’s] natural tendency is to go, “You know what? Capture me. Beat me to snot and torture me all you want. She doesn’t deserve this”. And so it’s all of those factors playing into this — and also realizing she is tough as nails. The stuff that Dalton had seen her do and go through over the time that they have worked together, you know, he’s not just blowing smoke when he says, “I’ll take her in any of these situations because I trust her”. She’s proven herself time and again… I think you tell yourself, “If this ever happens, I’m ready for it”. As a commander, you’ve got to ask yourself those questions [about what you’d do] if she’s captured under your watch. But then it happened, and now you’ve really got to confront it. It’s where the rubber hits the road, and it’s a tough one.