On Friday, February 23, 2018, actor Mike Vogel visited Cairn University. A former Cairn student in 1999, Vogel revisited his college campus to speak in chapel and lead a variety of sessions centered around maintaining faith in Hollywood.

Born in Abington, Pennsylvania, Vogel attended Cairn University in 1999 before he launched directly into his modeling and acting career. His earlier roles featured Nickelodeon TV show GUTS, television series “Grounded For Life”, and the film “Grind”. He also was featured in “The Texas Chainsaw Massacre” (2003), “The Sisterhood Of The Traveling Pants”, and “Poseidon”. Most Recently Mike has has roles in “The Help”, “The Case For Christ”, and the new NBC Military Drama Series called “The Brave” (Formerly known as “For God And Country”), which is currently airing Mondays, 10/9c on NBC.

In chapel, Vogel spoke on the value of engaging with culture while remaining faithful to Christ and the mission given to His disciples. Vogel challenges the rejection of popular culture that some Christians assume. Using the Great Commission, Vogel told Cairn’s students that the God has called us to reach all people, not just those we want to engage with.

Vogel read Mark 16:15 to the students which reads, “Go into all the world and preach the gospel to every creature”. 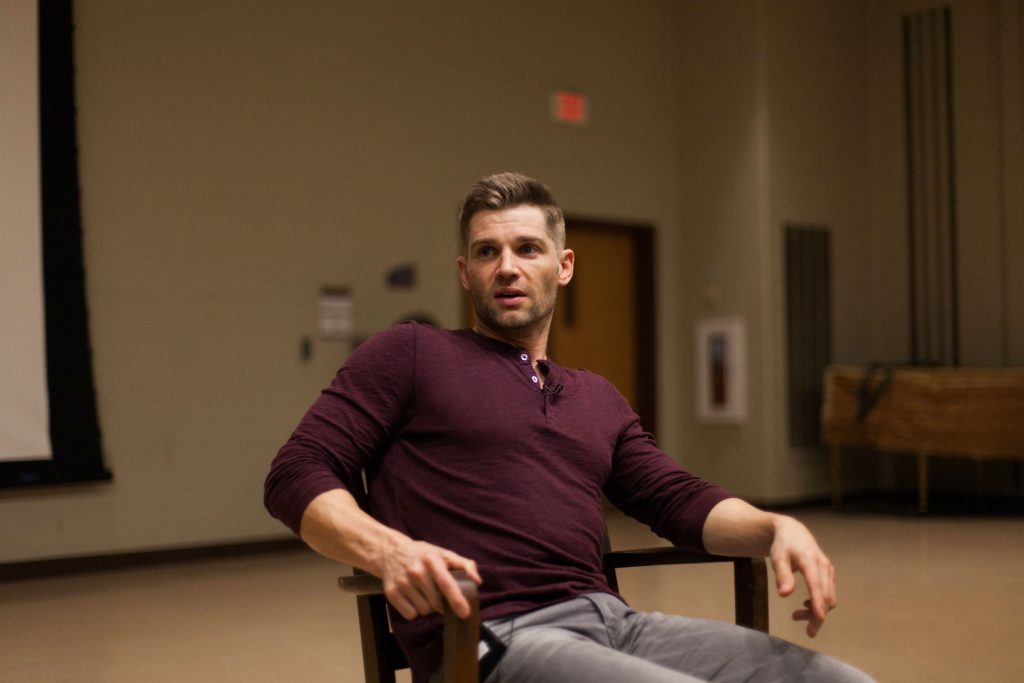 “The Bible says go ye into all the world, except Hollywood, and make disciples, right? Wrong”, said Vogel. “God’s not afraid to engage with popular culture, so why are we?” His belief in the importance of having individuals committed to serving and glorifying God in all work, reaching all people is what keeps Vogel active in Hollywood.

After briefly sharing his life events and how his acting career started, Vogel encouraged the audience to go out into the world to co-create with Christ and reflect His glory in the arts.

“I want to end with encouraging you guys out there to create. I encourage you to pursue the arts. Please don’t shy away from it. The reason alone that we have Christ in us should be all the encouragement to get out there and make that difference”.

Over lunch, Vogel participated in a Q&A session in the Highlander Cafe. He answered student questions which ranged from his personal and professional challenges to his favorite films and actors. Attendees enjoyed hearing from Vogel’s perspective on filmmaking and acting as artistic expressions. 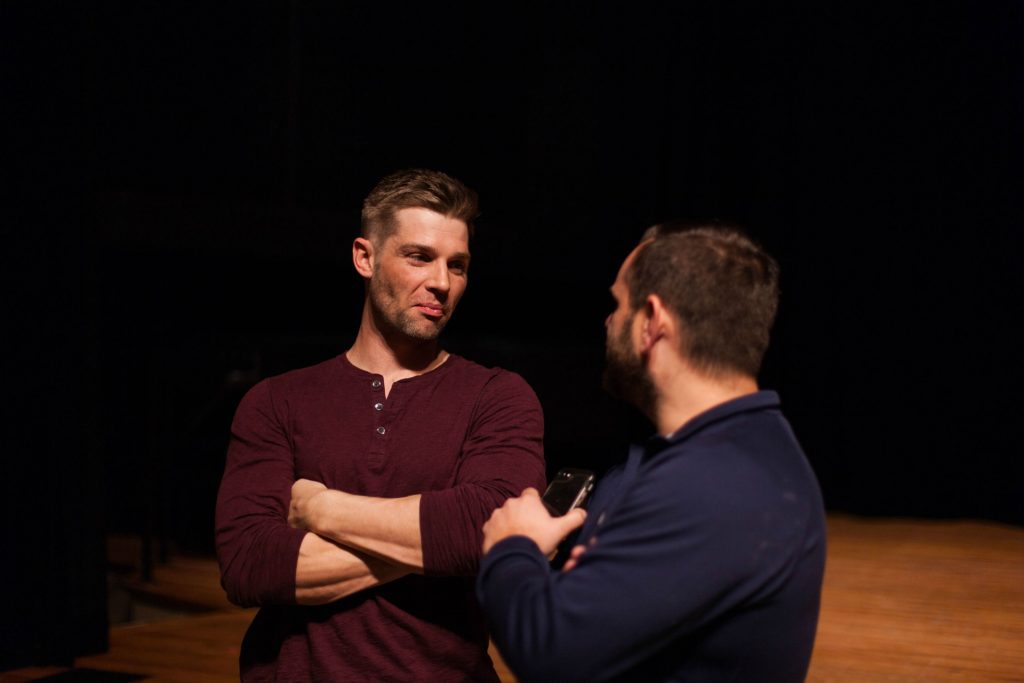 Following the Q&A, Vogel also hosted a professional acting seminar in BL210, where he spoke with School of Music students who showed an interest in acting and performance.

Mike Vogel’s career is a primary example of the University’s mission to educate students to serve Christ in the church, society, and the world as biblically minded, well-educated, and professionally competent men and women of character. Whether on screen or at home, Vogel exemplifies what it is like to serve Christ in any environment and to do so with excellence.