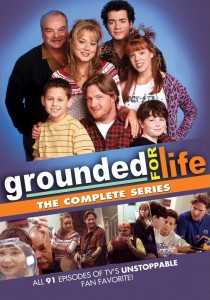 PLOT
Irish Catholic couple Sean and Claudia Finnerty live in New York with their three children Lily, Jimmy, and Henry. They get into all sorts of trouble, usually because of Sean’s brother, Eddie, who’s got connections all over town. Most adventures are later recalled and they find out exactly what happened, like when the family car was supposedly stolen or when Sean’s credit card was mysteriously maxed out. All this and more, and because Sean and Claudia were young and carefree when they got married and had kids, they are now grounded for life, so to speak.