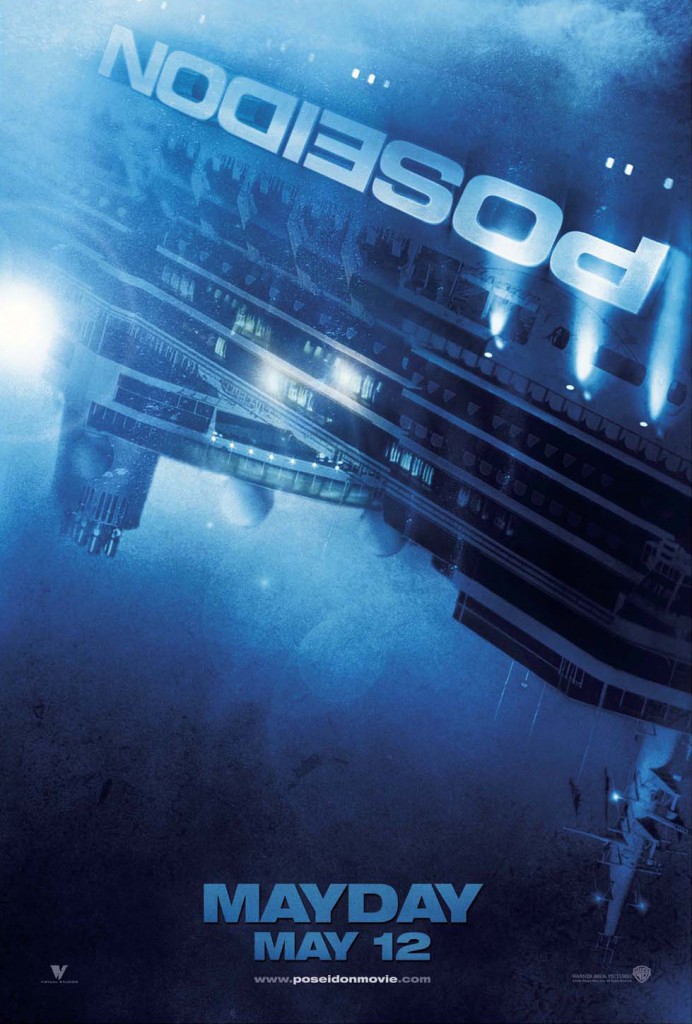 PLOT
It is New Year’s Eve, and over 2000 passengers & crew are ringing in the New Year aboard the huge cruise ship Poseidon when it capsizes on the open sea in the middle of the North Atlantic Ocean. A small group of survivors find themselves unlikely allies in a battle for their lives. Preferring to test the odds alone, career gambler Dylan Johns ignores captain’s orders to wait below for possible rescue and sets out to find his own way to safety.

What begins as a solo mission soon draws others, as Dylan is followed by a desperate father searching for his daughter and her fiancée — a young couple who hours before couldn’t summon the courage to tell him they were engaged and now face much graver challenges. Along the way they are joined by a single mother and her wise-beyond-his-years son, an anxious stowaway and a despondent fellow passenger who boarded the ship not sure he wanted to live but now knows he doesn’t want to die.