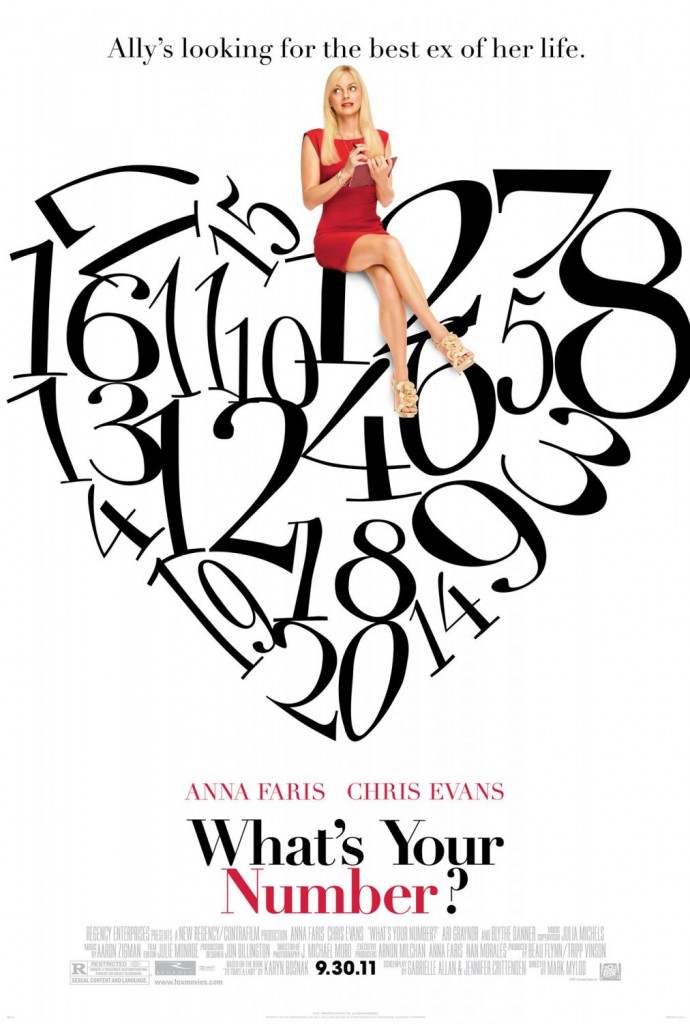 PLOT
On her way home after losing her job, Ally Darling comes across a magazine article entitled What’s Your Number?, which asks the reader to calculate how many people she has slept with. Realizing that her number is double the average, Ally decides to track down all of her ex-boyfriends in the hope that one of them will have grown into the man she wants to marry, and therefore the number of men she has slept with will never have to increase. With the help of her womanizing neighbor Colin Shea, she manages to find all of her exes, but things do not quite work out the way she had expected.