BURGAW | Billows of smoke rising from a sea of tents on the Pender County Courthouse lawn Tuesday turned more than a few heads of passersby. But the nearby fire trucks weren’t quick spring into action. The hazy scene came courtesy of CBS’ locally filmed “Under The Dome”, which filmed a handful of action-packed, fiery scenes for its upcoming third Season, set to debut 9 p.m. June 25. 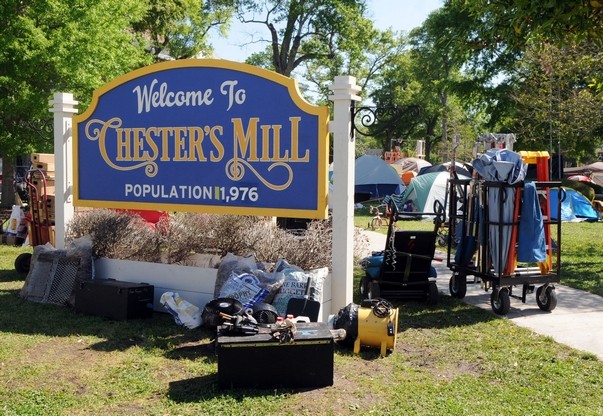 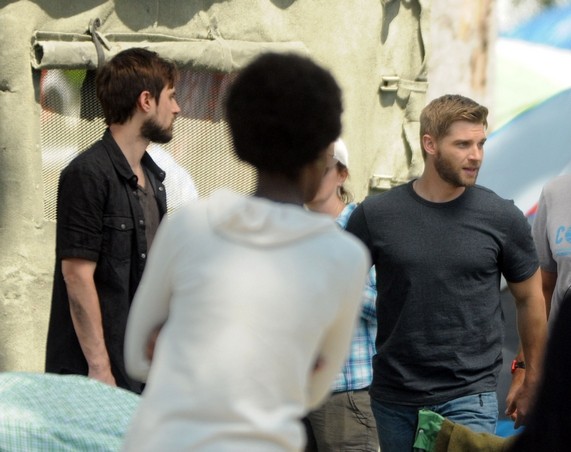 Series stars Mike Vogel and Rachelle Leferve joined new guest stars Marg Helgenberger, Kylie Bunbury and Andrew J. West, along with nearly 100 background actors and crew, for Tuesday’s shoot. The collection of tents, referred to by the production as “Tent City,” cluttered the southwestern corner of the lawn, as cast and crew maneuvered among the makeshift community. 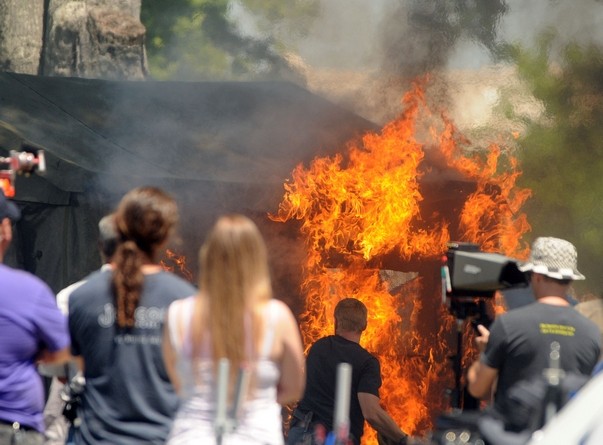